A great scientist, philosopher, a simple farmer who always found time to be part of programmes and discussions organized by Thanal.

We will miss him, but his life and commitment will always inspire us to go ahead to accomplish his vision.

Green Agrow
36 minutes ago
G Nammalvar is the first organic farmer to be awarded an honorary doctorate. This honour was bestowed on him by the Madurai based Gandhigram University in 2008. Nammalvar is a living phenomenon who has influenced thousands of farmers across India to convert to organic. Like a true teacher, he has nurtured many young people to take up the cause of the organic movement in India.
Hailing from an agricultural family, G Nammalvar worked on his father’s farm during his growing years and went on to take a degree in Agricultural Science. As an employee at the Agricultural Research Station at Kovilpatty, he began to promote modern Agricultural practices, but left it all in 1965 to join the civil society movement to promote agriculture.
G Nammalvar’s search for organic and sustainable methods of farming began and ended with his meeting with Bernard Declerq of Auroville. Bernard was very influential in impressing upon Nammalvar the importance of approaching organic farming as a systematic science.
Dr. Nammalvar’s tenets on organic farming practices are well documented and may be viewed at youtube. A first person account of his life and work is available here.
A heartening comment he makes is about his wish to write books on organic farming for children. A proponent of the slow food movement, Dr. Nammalvar has initiated work at Vanagam on developing ecologically friendly and sustainable methods of working the land. Vanagam works through the Nammalvar Ecological foundation for Farm Research and Global Food Security in Tamil Nadu.

I agree. It is a great loss for Vanagam followers.

Do you know anything on their methods?

I have read about him and have seen many of his videos, truly a great man .

I have also visited a farmer who follows his methodology and has gained a lot because of that.

That farmer was all praises about Namalvar and said he is a true legend.

The farming community will certainly miss his presence and knowledge.

Hi Sundar, not sure what you mean by “News” or “not supporting”.
Please clarify.

A great scientist, philosopher, a simple farmer who always found time to be part of programmes and discussions organized by Thanal.

We will miss him, but his life and commitment will always inspire us to go ahead to accomplish his vision.

Those in Tamilnadu will very well know the great work done by Nammalvar especially in the field of Organic Farming as well as supporting the farmers in general.  This is REALLY a great loss.  May his soul rest in peace.

The only thing we can do is to take forward what Nammalvar has taught us and help other farmers.

May his soul rest in peace. We salute  veer putran

WHAT YOU  DID WHEN MURALI SIR PASSES AWAY I MEAN YOU TO PUT THE OBITUARY IN THE ABOVE NEWS  WHER NOW YOU POSTED
News:
The FarmNest Wiki Articles contest 2013, join and win prizes!

I too had interaction with Mr Nammazhvar. He was very inspiring. His death is a great lose to the farmer community.
We people talk about Mr.Fukuoka and unfortunately not knowing anything about Mr Nammazhvar’s contribution to agriculture. He was born in India!

I too had interaction with Mr Nammazhvar. He was very inspiring. His death is a great lose to the farmer community.
We people talk about Mr.Fukuoka and unfortunately not knowing anything about Mr Nammazhvar’s contribution to agriculture. He was born in India!

Ok. Can we have some pointers on his methods? In my opinion spreading his methods is the greatest obituary anyone can offer.

Ok. Can we have some pointers on his methods? In my opinion spreading his methods is the greatest obituary anyone can offer.

+1
It would be great if any knowledgeable member can summarize the methods in a separate forum topic or supply a writeup for a wiki page.

Relax Mr.Sundar,
We are here in the forum as members to share our knowledge and help the farmers around to gain Free and Fair knowledge from others experience,This is the forum who do not charge any one for ADD so what is here for the forum owners to earn as you mention???

Yes i do agree that Dr.Nammalwar is a great person and will be immortal among the hearts of all true farmers. Sade with his dismissal but nature of human is to accept the change. So kindly stop accusing the forum and kindly do not bring in any politics into the forum.

MOD if i am wrong you can remove my post.

Kindly take in the right spirit and lets all together spread the method of Dr.Nammalwar.

sundarsmnm,
If you are a true follower of Dr. Nammalvar, try to propogate his teachings to fellow members of the forum, that would be the ideal obituary to the departed soul, not sure what are you trying to achieve by these silly comments. How would you blame such a wonderful forum for not posting the news, hope you will understand this and please do not post such comments going forward.

We are giving you the benefit of doubt on these comments that you were somehow personally affected by the news under discussion.
However please note the moderators will be constrained to take action on such further comments, in spite of being the friendly community that we are.

Hoping you will understand,
Chandra

As you already aware that there is steep decline in farming because of  various factors major factor being pesticides and insecticides inflow into farm and mass suicides by farmers .No country would like to see its farmers who is contributing to the feed of humans .
Day by day we are loosing people who are fighting for good cause !!

Now this person being 75 years but very young in his activity spearheaded many awareness and lived example life for forcoming generation to adopt natural farming practices and taking  "panchakavya " natural supplement for farmingto huge masses.

There could be wish of people following natural farming practices that this news is not been cascaded to wide masses reason being “the causes were non selfish and purely binded to nature preservation and peoples better living” hence the agony !!

Television these days only showcast news about cinema/killing/rape/politics mostly towards negative things .

I guess this forum may have certain objectives !!

In nutshell as part of IT evolution which can create a  great impact ,Social cause parallely would be great and register the information to leave a traces of these kind of people .

We come and go !! but mother earth stays to serve the forcoming generations .

Subhash Palekar -Zero Budjet Farming
Nammalvar -Natural Farming Scientist
masanobu fukuoka -Japanese natural farming ( We never know this person ,but it is some one some where taken these message to masses hence now it is a practice adopted)
Vandana Siva -GMO fighting veteren.

There could be so many people

Let us register those information (farmers ,NGO’s their efforts,natural farming practices,Zero Budjet farming ) addition to other objectives of this forum to do some social cause !!

let us be  sowed  seeds of this great scientist and spread the social cause of nature preservation !! 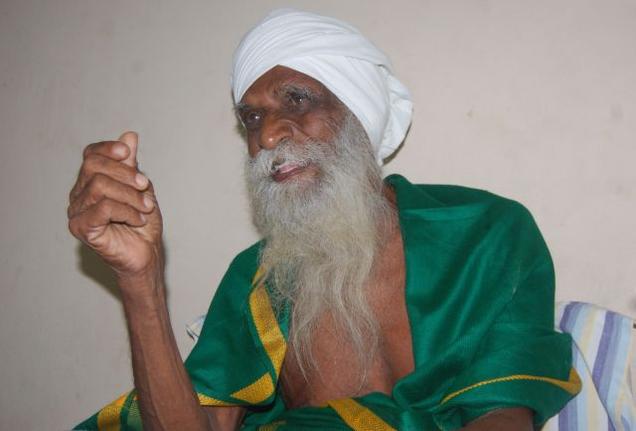 Hi all … I have read about Nammalwar and always respected him for some of the work he did and his advocacy for natural farming. Unfortunately none of his work is in any language, but Tamil. It would be great if someone can point this forum towards some of the teaching of this great soul.

And the greatest tribute would be to actually translate, if it doesn’t exist, his work for the benefit of all.

I am sure if people, who are otherwise so passionate about him, had worked towards spreading his teachings by translating it, dedicated forums like this would not have been ignorant about a pioneering man like him.