This is a wiki post, feel free to edit and improve this 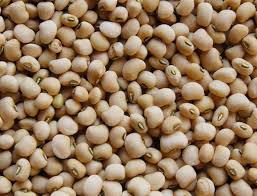 ###Origin, Distribution and Uses
Cowpea is a very healthy and favourite food for many Indians as it is very rich in protein. This crop is used by people in ancient times. This is supported by the findings of cowpea in many ancient excavations. Africa, Asia and South America are known to be as origins of Cowpea. As Cowpea is used widely by Africans in their food for making sauces, in the form of flour the origin of Cowpea could be Africa. And from Africa it might have been used all around the world. The origin of Africa for Cowpea can also be substantiated by the evolution of many sub species. Cowpea is grown well in tropical and sub tropical regions and is used by many people all over the world in their diet. Cowpea is so rich in protein that it is used by many people and in India. This is mainly used to make curries, in soups and the flour can be used to make bread.

##Cultivation Requirements
For cultivation of Cowpea, the land should be free of weeds, huge trees and shrubs. Its good if the previous crop is not of the same variety or other varieties of the same crop.

###Climate and Seasons
Summer is the best season for Cowpea cultivation. The ideal temperature for germination of Cowpea is 8.5 °C and for the temperature suitable for leaf growth is 20 °C. The advantage in growing Cowpea is it is a heat-loving and drought-tolerant crop. The optimum temperature for growth and development of Cowpea is around 30 °C. The varieties of Cowpea have different growth levels, where some varieties start flowering with in 30 days of planting. And some varieties may take much more time like 100 days after planting. It also depends on the type of soil and temperature. The early flowering varieties may also have delayed flowering by warm and moist climatic conditions, leading to asynchronous maturity. The ideal sowing period for Cowpea are the months from December to January. The problem with Early-sown crops is they have elongated internodes, are less erect, more vegetative and have a lower yield than those sown at the optimum time. The advantage of nodular bacteria being specific to cowpea (Bradyrhizobium spp.), make Cowpea suitable for hot weather. The Cowpea can also be grown in cold temperatures.
###Soils
Cowpea is a crop which can be grown in all types of soil. The sandy and sandy loam soils are best soils for growing Cowpea. Cowpea grows well in well manured soil and well ploughed soils. So care should be taken to well manure and well plough the soil.

This variety is suitable for sowing in summer and can be used for summer crop.

This variety is suitable for both summer and rainy season sowing.

###Field Preparation
For Cowpea cultivation, care should be taken that the land must not be waterlogged but well drained. Care should be taken that during land preparation, the weeds, huge trees and other shrubs are cut down or slashed. This process should then be followed by ploughing and harrowing. This can be done using a disc plough and harrow. A gap of 4 to 6 days should be given between each process so that the germination of seeds is good. The land can be ridged or made as flat bed for germinating the seeds or plantings.

###Sowing, Nursery and Transplanting
The Cowpeas should be planted in late November to early December if the rainfall is less. Its better to directly sow the seeds instead of raising them in nursery and then transplanting. The Cowpea seeds should be planted in the soil at 3 to 4 cm deep. The problem with the early-sown crops is they will have elongated internodes, are less erect, more vegetative and lower yielding than those sown at the optimum time. It is better to plant three seeds are at 20 cm along the ridge spaced 75 cm apart (20 cm x 75 cm) representing 133 000 plants/ha for erect/semi-erect varieties and (50 cm x 75 cm; 60,000 plants/ha) and can then be spread or can be planted in two seedlings, and then can be transplanted 1 week after germination. The seeding rate depends upon the soil, temperature and climatic conditions and the seed rate ranges from 25 to 30 kg of good and viable seeds per hectare in experimental stations. The seed rate also depends on the spacing.

###Seed Rate
In Cowpea cultivation, the seed rate depends on the plant variety and seed size. When planting erect/semi-erect type the recommended spacing is 60 cm × 20 cm with two seeds per hill. At this spacing, up to 28 kg of seeds is required per hectare. Local prostrate varieties should be planted wider spacing of 80 cm × 40 cm.

###Seed Treatment, Sowing and Transplanting
The seeds to be used for planting in Cowpea cultivation must be sorted out and care should be taken that these are free from insect damage or any other kind of damage. It is better to plant the seeds directly instead of raising the plantings and transplanting them. It is better to plant the seeds as three seeds at a place and care should be planted at 20 cm along the ridge spaced 75 cm apart (20 cm x 75 cm) representing 1,33,000 plants/ha for erect/semi-erect varieties and (50 cm x 75 cm; 60,000 plants/ha) for the spreading types. If there is any difference or if the plantings are too thick then the plantings can be thinned out.

###Spacing
It is better in Cowpea cultivation to plant the seeds at the rate of three seeds at a distance of 20 cm along the ridge. The spacing can be given as 75 cm apart.

###Cropping Patterns
It is better if the Cowpea crop is not grown with some other crop or intercropping is not suitable for Cowpea. Care should be taken that the previous plantation is not the same Cowpea or the ones related to the same family.

###Water Management
Cowpea grows in regions where the rainfall is from 400 to 700 mm per annum. Cowpeas also can tolerate waterlogging. Cowpea grows well if the rainfall is well-distributed. Cowpea growth can be affected if the frequency and reliability of rainfall is not good. In some areas, the frequency of rain is too high, resulting in flooding, while in some other areas it is so unreliable that moisture conservation remains vitally important for crop production. The main advantage of Cowpeas is that they utilise soil moisture efficiently and are more drought-tolerant than groundnuts, soya-beans and sunflowers.So Cowpeas can be produced even when the annual rainfall is between 400 and 750 mm. Care should be taken that there is adequate rainfall during the flowering/podding stage or else alternative irrigation arrangements should be made and made sure that the plantation gets enough water . Cowpeas show serious growth problems if the moisture is very less in the soil like the leafs won’t be developed well. The flowering and the over all growth can get affected if the moisture is less in the soil.

###Nutrient Management
Application of fertlisers is an important part in Cowpea cultivation. The quantity and variety of fertlisers to be applied depends on anticipated yield and soil fertility. Cowpea being a legume, it fixes its own nitrogen, and does not need nitrogen fertiliser. It is better if the seeds are inoculated with the appropriate Rhizobium species for optimum nitrogen fixation, nodules will generally form by themselves on cowpeas. It may be necessary to apply the phosphate fertiliser as it will be beneficial to the Cowpea. Cowpea can grow in a pH range of 5.6 to 6.5.

###Weed Management
There are many varieties in Cowpea crop. The Climbing varieties are usually trailed to bowers or trellis made of bamboo poles and coir or plastic wire for harvesting maximum yield. Its is better to erect support with wooden sticks for trailing plants to the bower when plants start creeping. To reduce cost of production, stretching of jute wires from base to bower is also a viable practice. During early stages of cultivation it is better to practice shallow cultivation and earthing to reduce weed growth. Fluchloralin (2 litres/ha) will help in reducing weed growth during the first 20-25 days of crop growth. As the crop takes cover of the land weeds will be under control. Light earthing up along with fertilizer application is also good along with the application of phosphorous fertilisers. This facilitates better root growth and prevents lodging of your seedlings. Removing excess vegetative growth is a very good practice for inducing flowering and fruiting in bush and semi-trailing cowpea varieties especially when there is rain during flowering and fruiting phase.

###Diseases and Management
The diseases that cause damage to Cowpea is the stem rot that is caused by Phytophthora vignae. This disease affects the cultivation in wetter and coastal area and in soils that are waterlogged.Bacterial blight (Xanthomonas vignicola) are the ones which cause severe damage to Cowpeas. Cowpeas are affected by the virus which is aphid-borne mosaic virus (CabMV). Fusarium wilt, Bacterial canker, Cercospora leaf spot, Rust and powdery mildew are some of the diseases which affect the Cowpea. Cowpea gets very much affected by nematodes and care should be taken that the cowpeas are not planted consecutively on the same land.
The following diseases affect Cowpea:

Bacterial diseases are common for Cowpea. Bacterial blight and bacterial pustule are two bacterial diseases which affect Cowpea cultivation. Bacterial blight is a seed borne disease and the best way to control the disease is to use high quality seeds. And another way to reduce the occurrence of this disease is to destroy the residues of the diseased crop as it affects and spreads to the current crop.The disease also survives on diseased crop residues. So it is always better to avoid cowpea cultivation on a continuous basis. The disease can be found out by the symptoms like tiny dots which appear on the leaves. The disease spreads by the area surrounding the spot dies and then a yellow coloration develops on the leaves. The disease spreads very fast during rainy season. During rainy season, the dead spots merge and large areas of the leaves are affected. The disease may also cause damage to the stem, causing the stem to crack. The plants that get affected look water-soaked and from this point, the pathogen enters the seed. First symptoms of the bacterial pustule are tiny dark water-soaked spots on the undersurface of the leaves. Under severe infestation, the spots enlarge becoming dry and sunken in the center, and water-soaked around the margin. The leave turn yellow and fall. Like bacterial blight, use of the clean seed and rotation may reduce the disease incidence.

There are many varieties in Cowpea. The time for harvest depends up on the variety chosen for cultivation. The growth of Cowpeas also depends on whether they are erect or semi-erect types The erect types may take 120 days for producing grains and the semi erect types are used for leaves which are used as fodder for cattle. At maturity, leaves will dry down but may not drop off completely. It is always better to need to be harvested when seed moisture content is 14 to 18 %, depending on the consumer’s requirement. In cowpeas grown for vegetable purposes, the leaves are picked 4 weeks after planting, and this continues until the plants start to flower. The yield of Cowpea is about 5 to 8 tons of green pods or 1.2-1.5 tons of grain/ha.