Starting a meet up group of prospective dairy entrepreneurs

I think it would be a good idea to start a meet up group of prospective dairy entrepreneurs in Bangalore. This would help us collectively address issues we are facing and also help each other in our ventures. Let me know if there are others interested in something like this and we could take this forward/

I would be really interested in the project as I am also planning to execute same on my farm in Madhya pradesh.Hope we will be helpful for each other.kindly mail me on my mail address  bhati.rajender21@gmail.com
BR//
Rajender

i am a farmer from Malappuram district of Kerala planning an entry into dairy farming
i am interested in the meet and please share the details
uvaispulisseri@gmail.com

Hi?
Why silent? Dairy farming is hot cake like issue and people are silent on it?
Please come up with convenient time for all to meet.
See this calf is awaiting your arrival. 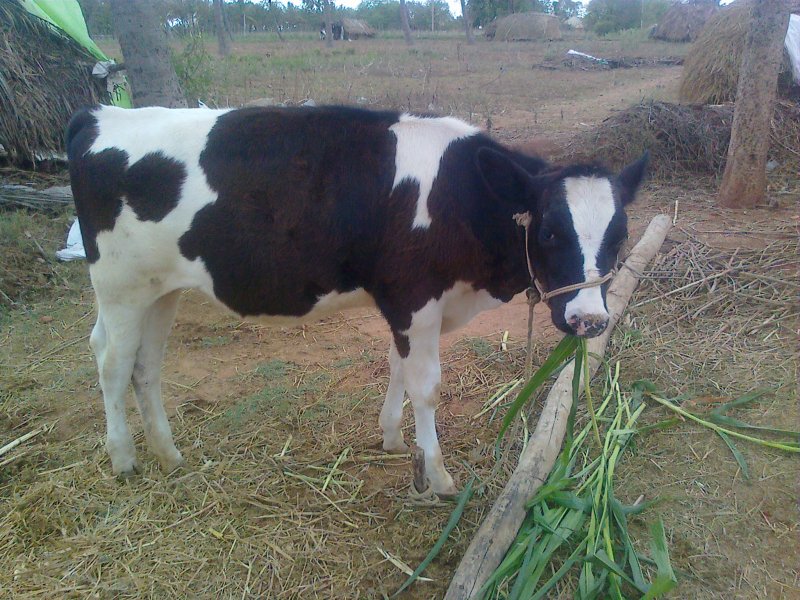 Have we formed a group? if yes count me in… let me know how to get into the group

Excellent Initiative. Unfortunately i can’t make it. Please share your ideas.
It will be very very useful to those who are interested.

We tried to supply to milk companies but the rate is not so good. very less profit. 18-19 per litre. Recently we tried slowly to do retail supply to the houses near by our house. the price and response is good. babies are drinking the milk with interest and demanding for the milk. The approximate rate is 30. see the margin diff. When we do it as a group you can do this retail model with a great success.
Now a lot of people started asking for the milk. In order to do retail sales we need a group. I am planning for that, in my next visit to india i will try to implement.

Thanks and have a nice meeting
Karun

One of my friend in Trichy, ex-service man, he is supplying 200 litres of milk to near by houses every day. Without enough man power support he is not able to expand his capacity. There is always good demand for his milk.

I was wondering if we some some people in and around bangalore to form a group to discuss and come up with some solutions for dairy related problems.

Is the group is formed.?..count me in

Just thinking is not sufficient, let all we  organise it…ok., from our end we can initiate by offering one place to assemble all  at one place…for that we can provide  our office space for this good purpose…very happily…which is in mahadevapura extension…will be around 300 mtrs from ringroad , mahadevapura busstop…(which is between K R Puram railwaystation to marathalli  ring road stretch.).

So, now someone can initiate to fix the convenience date of everymonth to meet all enthuiastic dairy farm enterpruenership lovers to meet,share and growup.

If any other convinient ideas or decisions are also most welcome.

Hi all,
Thanks Katsura raja sir,the Place what u have suggested is also near my place. I hope for all bangaloreans the place wht u have suggested should be reachable.we can arrange the meeting on 1st r 2 nd Saturday r Sunday…I think it should be fine with all…
Girija.M

[b]Hi,
The idea is good and appriciate the initiative taken.
Count on me when ever it happen , i shall be there.

do we still have room?, if yes pls count me in

I recently read an article in “Puthiya Thalaimurai” wherein a person named Natarajan - 9443946600 is able to get 8-12 Litres of Milk from Kangayam Cows.  My understanding was these type of cows normally provide 2-3 Litres of Milk Only.  If anybody wishes to go indigenous cows rearing, I think you should consult him instead of going through the foreign ones.

Thanks all, for the interest shown to meet at one point.

Can we all meet on 17th or 18th november 2012 at the premises which we earlier offered.

Any way feel free all to one unique decision to assemble. The following agenda we can have:

wish you all the best.

Did the group got formed and the meetings are happening? If so, please do let me know, would like to be part of it.

Thanks all, for the interest shown to meet at one point.

Can we all meet on 17th or 18th november 2012 at the premises which we earlier offered.

Any way feel free all to one unique decision to assemble. The following agenda we can have:

wish you all the best.

In case this group is active, please do let me know. Would like to be part of it.

A meeting was called by the representatives of the above dairies with Mr. Yashpal Arya( self claimed co-ordinator/CEO of PDFA Karnataka) to clear the air about some doubts expressed by the members (so called) and to carry out a reality check.

During the discussions the members expressed their apprehensions that Mr. Arya was trying to use his self claimed position of not born and non-recognised PDFA Karnataka co-ordinator to promote his commercial interest. The members also informed that they have come to know from reliable sources that some of the Organizations were also trying to misuse the PDFA Karnataka Platform to further /propagate their interests thus harming the members welfare for which the PDFA  is all set to act.

During the discussions , the members have clearly expressed their displeasure and have confirmed in no uncertain terms that as such there is no such  Association as PDFA Karnataka born and therefore there is no co-ordinator/CEO etc.,. It is only after all the members meet at  pre designated place and prefixed time , draw up rules governing the body and appoint executive members and therefore President, Secretary etc., the PDFA Karnataka can be legally born. Till such time no one can claim that he is representing PDFA Karnataka in x, y, z positions. It was informed to Mr. Yashpal Arya curtly that he cannot use the PDFA platform as such and it will be illegal and misleading to all the concerned players  in the field, that to as a non-dairy farmer.

Secondly, it was also informed to Mr.Yashpal Arya that  while he was free to carryout his personal agenda, he cannot mix it up with PDFA in whatever form and as such there is no such existence of PDFA as on now in the State of Karnataka. The members also informed M r. Arya that he  was also free to market any product as long as he does it in his personal capacity and not use the organization i.e. PDFA as a Platform to pursue his personal agenda & view points.

Finally it has been made clear in no uncertain terms that PDFA Karnataka as such is still not born in the Karnataka and therefore its name cannot be used by any individual /organization for any purpose purportedly for the benefit for anyone/organization. It will only be a misleading part with disastrous consequences.

The above is being informed to all the so called members so that no one is mislead and assume that there is a body called PDFA Karnataka which is actively promoting the interests of its members. It is also a caution to all such individuals who may be contemplating to use the PDFA platform to further their personal agenda whatsoever.

The same have been accepted and acknowledged by Mr. Yashpal Arya and agreed to not to continue his activities,transactions,communications,agendas and business under PDFA Karnataka from immediate effect.

This conclusion of discussion and meeting is passing onto all concerned persons,organisation’s to note the same and for references.

If you are already dairy farmer, understand the responsibility and participate in the team in any ways of communication, without fail,please.

In case this group is active, please do let me know. Would like to be part of it.