Prospects of Commercial Agriculture in India

[hr][/hr]
The Indian nation is on the move. The people are astir. Agriculture is blooming. Industry is booming. The legacy of self-deprecation and self-doubt inherited from the colonial period have given way to a new-found dynamism, confidence and sense of self-determination.

Strategy to Complement the Economic Liberalization
India needs a new strategy to complement the economic reforms, a strategy designed to take full advantage of the country’s agro-climatic advantages, huge tracks of cultivable land and large internal market to stimulate a rapid development of the rural economy.

Agriculture as an Engine for Industrialization
The rapid development of South Korea, Taiwan, and Malaysia provides ample evidence that an agriculture-driven strategy can act as a powerful engine for raising rural incomes, industrialization and employment generation. More recently, commercial agriculture has been a powerful engine for economic development in Thailand, where 70% of the population is still employed in the farm sector.

India’s Competitive Advantage in Agriculture
India possesses four outstanding competitive advantages in agriculture comparable to those of any other country in the world. It has regions which are climatically favorable for cultivation of every commercially-important plant species grown in other parts of the world – ranging from temperate orchard crops such as almonds and apples to tropical mangoes and pineapple. The country already possesses the largest acreage of irrigated land in the world with 40% of the potential still to be tapped. The gap between present productivity and proven technological potential is very large for most crops; yet even so, the country is already among the world’s top three producers of tea, cotton, sugar, food grains, groundnut, coffee, eggs and milk. Lastly, the country has an abundance of available skilled, educated, technical and scientific manpower.

Creating Rural Jobs as a Counter to Urban Migration
According to one estimate, for every ton of additional foodgrains produced in India, one new job is created in the economy. Rising productivity in agriculture can stimulate the growth of agro-industries, food processing and distribution, and demand for new industrial plants and machinery. It will also increase demand for consumer good, household appliances and tourism in the rural sector, creating a boom in related sectors.

Growing Domestic Demand
Indians consume an average of 40 grams per day of horticulture products compared to a normal nutritional demand of 90 grams. As incomes rise, the domestic market for horticulture products is projected to increase by 60% over the next six years. Overall, there is scope for placing an additional 1 million acres under horticulture crops. This will generate demand for 100 new commercial hybrid seed production units in the country.

Tremendous Export Opportunities
India has the potential to become a global leader in agriculture. Agriculture exports, including textiles, have risen from Rs 10,000 crores to Rs 40,000 crores over the past five years. Grape and mango exports to Western Europe are rapidly increasing. Floriculture is a $40 billion global industry that is projected to reach $70 billion. Exports of processed fruits and vegetable, cotton textiles, sugar, and fish have vast potential. Despite being the second largest producer of silk in the world, India’s share of world silk trade is less than 5%.

Closing the Productivity Gap
India agriculture suffers from low productivity of its soil and water resources. Raising productivity means increasing profitability. The average yield of tomato in India is 12 tons per acre versus 34 tons in the USA, but yields as high as 38 tons have been achieved by commercial farmers in India generating net profit in excess of Rs 50,000 per acre. Average net incomes ranging between Rs 40,000 and Rs 1,00,000 per acre are now being achieved by some modern farmers employing advanced cultivation practices on a range of vegetable, flower and fruit crops.

India’s Unique Opportunity
Never before has India been poised for such rapid economic progress. Never before have the opportunities been so great or the country so ready. Now what is needed is to generate a widespread awareness of the potentials at all levels of the society – among political leaders, administrators, farmers and the corporate sector

The time has come for a broad-based initiative to seize the opportunity!

Its very good and informative article, well I am looking forward to venturing in Commercial Agriculture in Konkan region [Ratnagiri and Sindhudurg], Maharashtra. If anyone want to share his thoughts or want to join as JV or on partnership basis, mail me on neovilas@gmail.com.

Tha article is good in the fact that prospects are given but question is who will try to move forward.
Two classic examplles are given below:1) when one visits vegetable markets today from morning to evening we can see a lot of waste generated due to poor handling.To change this and reduce jute bags ,I had after a brief experience abroad brought in PP leno bags-red mesh bags for packing and it is used everywhere in all parts of India but only limitedIf they use it massively then the waste will reduce from Rs 23000 cr. to a few lakhs- a fisrt step but traders want to make afst buck and discourage the farmers and lose money.
2)Today we want to bring in another change after again a visit to study the farmers abroad- by doing MULCHING for all vegetables but properly and correctly.This is pre harvest period for farmer.He can in the same area of the farm get approximately 70-80% more outputs without any extra fertilisers and also save water consumptions.But again the builders/developers are telling farmers of the poor future and trying to entice him to sell his land also knowing fully well that we will have to endup importing everything for all our survival.This is the tragedy and we need to help farmers understand the importance of mulch fabrics and process at no extra cost where he can double his returns and not think of loans and suicides wich go hand in hand.
I am available to guide them for giving advise on mulching as also similar experts in India-let us progress and move the country forward than go backward.
Thanks for reading the letter patiently.
Regards,
A.R.VENKAT(PH: 09833432044) 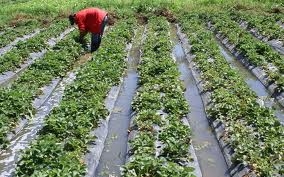 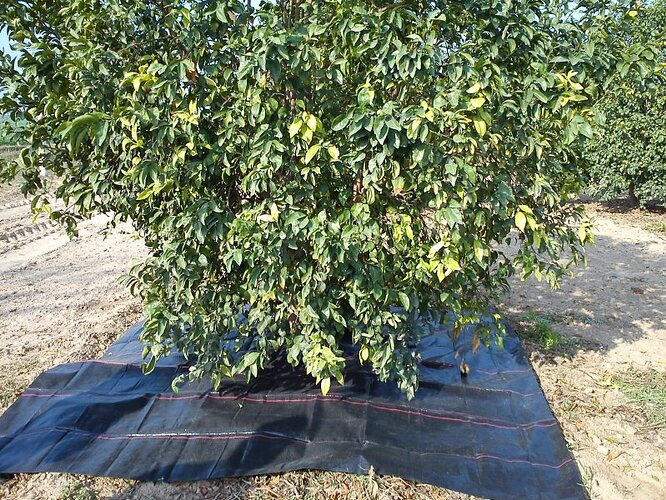