UkrAgroConsult experts note that season of 2012/13 ended with a slump in Ukrainian and Russian sunoil outputs to multi-year lows in view of negative crushing margin. However, once the first parcels of cheap new-crop sunseed arrived in the market, crushing resumed and more than offset the decline. A record pace of sunseed crushing was seen in the Black Sea region during the first two months of MY 2013/14. In our opinion, this is not the limit. The market is set to more than once see fresh production and export highs in the new season.

Ukraine produced 689 KMT of sunoil in the two months of the season, i.e. 10% more than at the same time last year. This hike in crushing is no surprise: on the one hand, growers got a bumper sunseed crop (at least 10.3 MMT according to UkrAgroConsult estimates); on the other hand, crushing capacities continue expanding from season to season. Additionally, an important driver for crushers was price conditions of the market.

In the previous season, sunseed price varied within USD 550-650/MT and then collapsed by almost 25% in late August and early September. At the same time, price trends in the sunoil export market developed in a somewhat different way: sunoil price began rising faster and stronger than sunseed price and crusher margin consequently increased. 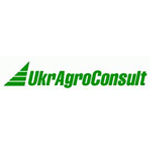