Hi All?
New Delhi: Milk prices in the national capital and adjoining areas will rise by up to Rs 2 per litre from Monday with two leading suppliers hiking rates, but largest seller Mother Dairy is not increasing rates just yet.

Amul and Quality Dairy will increase milk prices from Monday. Mother Dairy and Paras are the other two major milk suppliers in the national capital and its adjoining areas which consume over 115 lakh litres milk a day.

“Amul Taaza (toned) milk will cost Rs 30 per litre from tomorrow in Delhi and NCR compared to Rs 29 per litre, while slim and trim shall cost Rs 26 per litre in place of Rs 25. Amul Gold (full cream) will be Rs 40 per litre against Rs 38 per litre,” RS Sodhi, Managing Director, Gujarat Cooperative Milk Marketing Federation (GCMMF), which sells products under Amul brand name, told.

Quality Dairy would also raise the price by Rs 2 for full-cream milk and Re 1 for tonned and double-tonned, its Vice President (Marketing), Rajesh Verma said. The company sells 1.25 lakhs litre everyday in Delhi and NCR.

Gujarat Cooperative Milk Marketing Federation has already increased milk prices in Gujarat and Mumbai in April.
“In the last three years, remuneration paid to farmers supplying milk to GCMMF has gone up by 50 per cent,” Sodhi said.
In the last financial year, GCMMF, which supplies milk to major cities and important states, had announced a hike of around 14-15 per cent.

Asked would there be any immediate price hike, he said, “Not immediately. This is not going to happen this week or next week, but we are watching the farmers price”.

Paras could not be immediately contacted. Mother Dairy supplies 29-30 lakh litres of milk per day in Delhi and the NCR, including loose milk through vending machines.

Milk production in the country now is at around 125 million litres. Demand is growing at faster pace of 6 per cent than production.

Hi?
The latest news here in Bangalore is BAMUL is considering to reduce rate about Rs.1 to 1.5 per liter milk.
BAMUL is collecting highest record of milk collection of more than 10 lakh liters of milk in a day in Karnataka.

Reason is BAMUL incurring losse eto make milk powder and cheese instead of selling milk directly.
More than 10 private private dairies are supplying milk & other milk products to Bangalore with comparative rates, hence BAMUL is forced to convert liquid milk in to powder and other products. 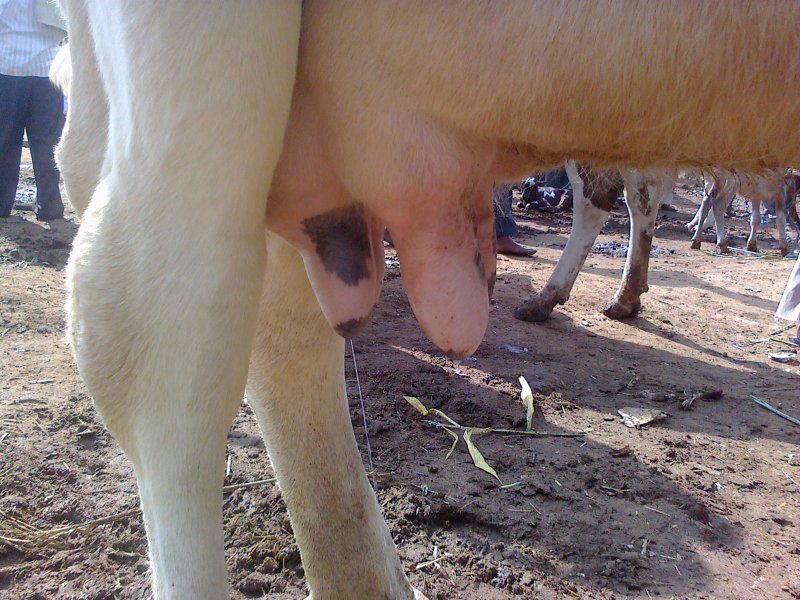 I have to tell you all one truth that the milk companies are raising the prices of the milk constantly. But they are not paying in the equivalent amount to the farmers…

Hi?
It is true, then how Farmers should survive? Any farmer got solution for this rate problem?
No. Unless and untill a Farmer do marketing on his own efforts, he cannot cope up such problems.
After production, marketing is also an responsibility for a Farmer to get good returns for their product.

Any such Farmers please? Please come up with your initiative and success of best marketing methods of selling agri produce including milk.

I am not a dairy farmer but have heard of farmers who are packing milk in sachets in a small way right at the farm. These are delivered to shops, homes or sold at the farm.

Will you benefit out of your efforts from the below developments? What is your share within one year from now?

India’s milk production is estimated to rise by 5 per cent to 129 million tonnes in the current calendar year on account of strong prices and growing demand, United States Department of Agriculture (USDA) said.

Non-fat Dairy Milk (NFDM) stocks grew significantly in 2012 as output rose in response to remunerative prices and the government’s prohibition on milk powder exports, it added.

The government had imposed a ban on export of skimmed milk powder (SMP) in February last year due to rising prices of milk but had removed the ban in June 2012.

India produces approximately 17 per cent of the world’s total dairy production and consumes virtually all of this.
“The country follows a ‘low-input/low-output’ dairy output model characterised by production costs and yields amongst the lowest in the world”, USDA said.

For 2011, the butter production has been revised upwards by 10,000 tonnes to 4.33 million tonnes due to good milk production and a favourable 2011 monsoon, it added.

According to government data, India, the world’s largest producer of milk, had produced about 127 million tonnes of milk in the 2011-12 fiscal.